A Wizard / Cool To Me 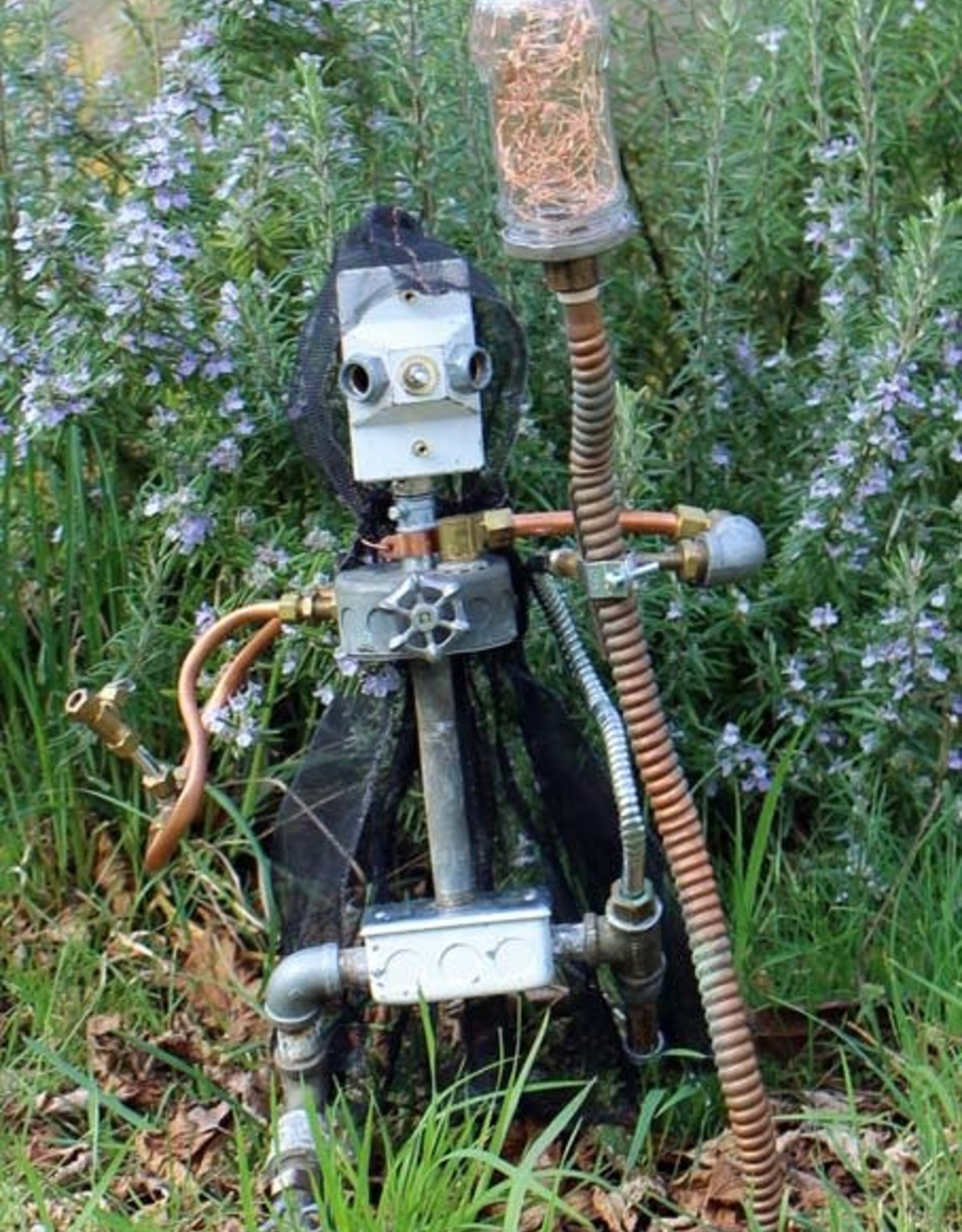 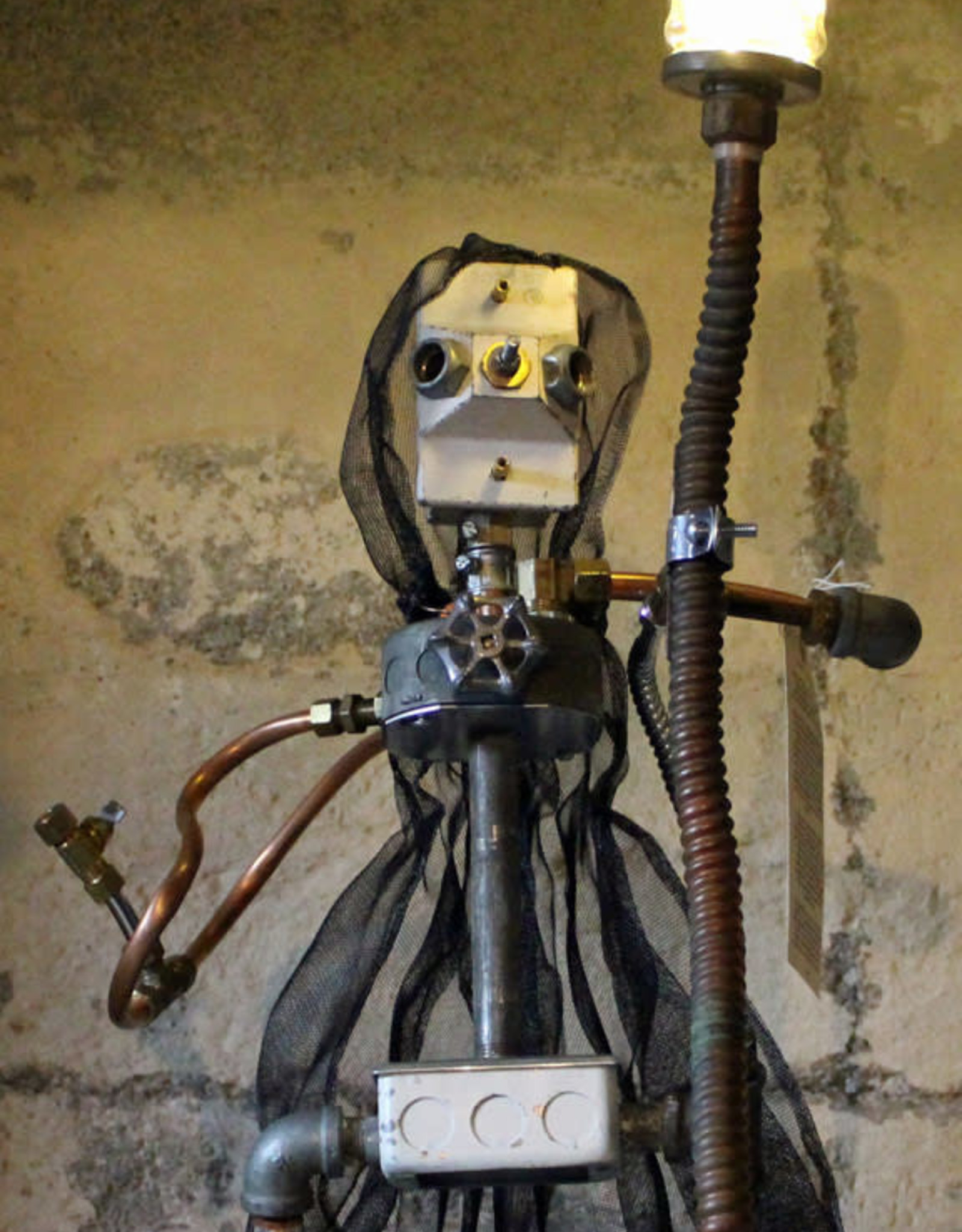 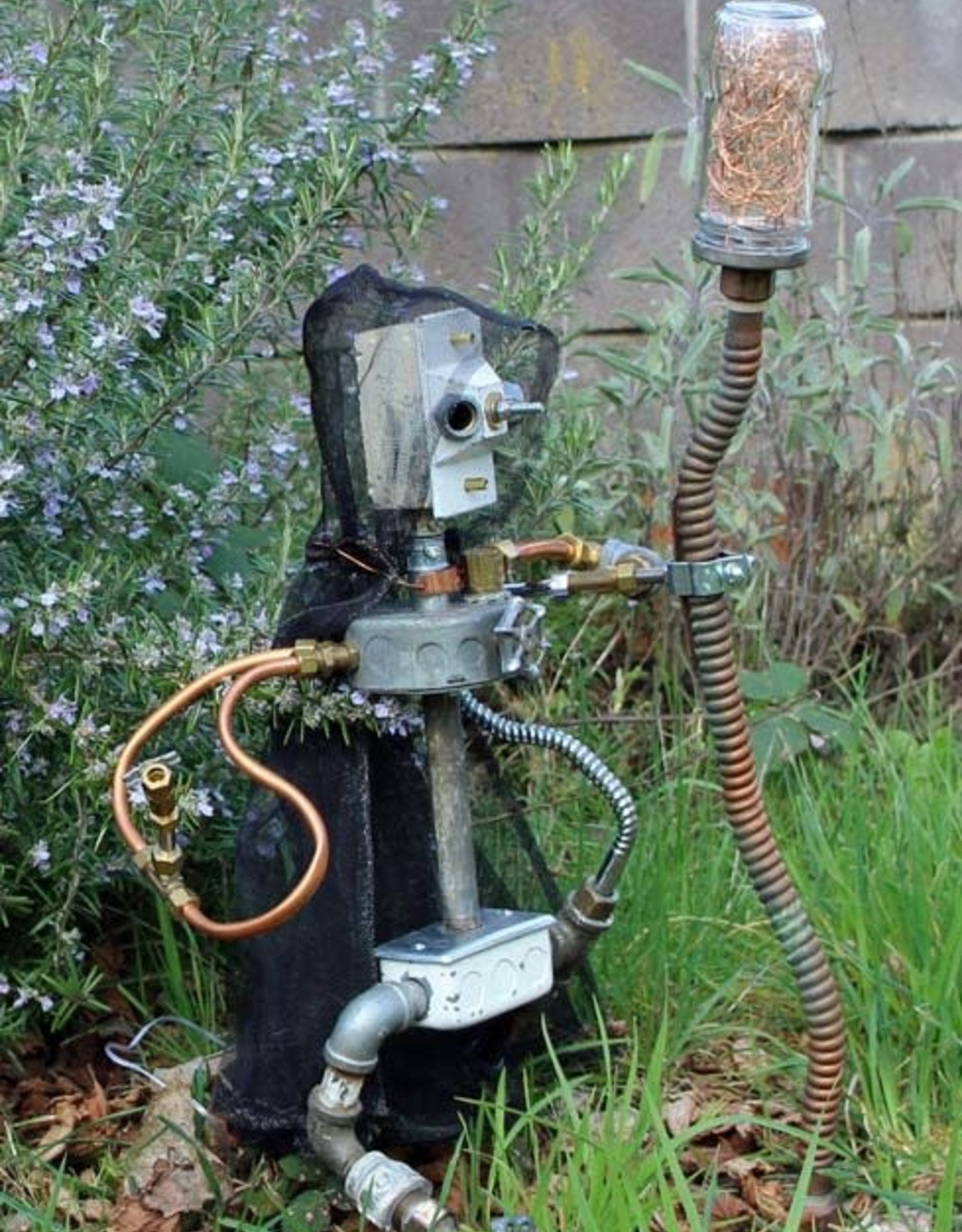 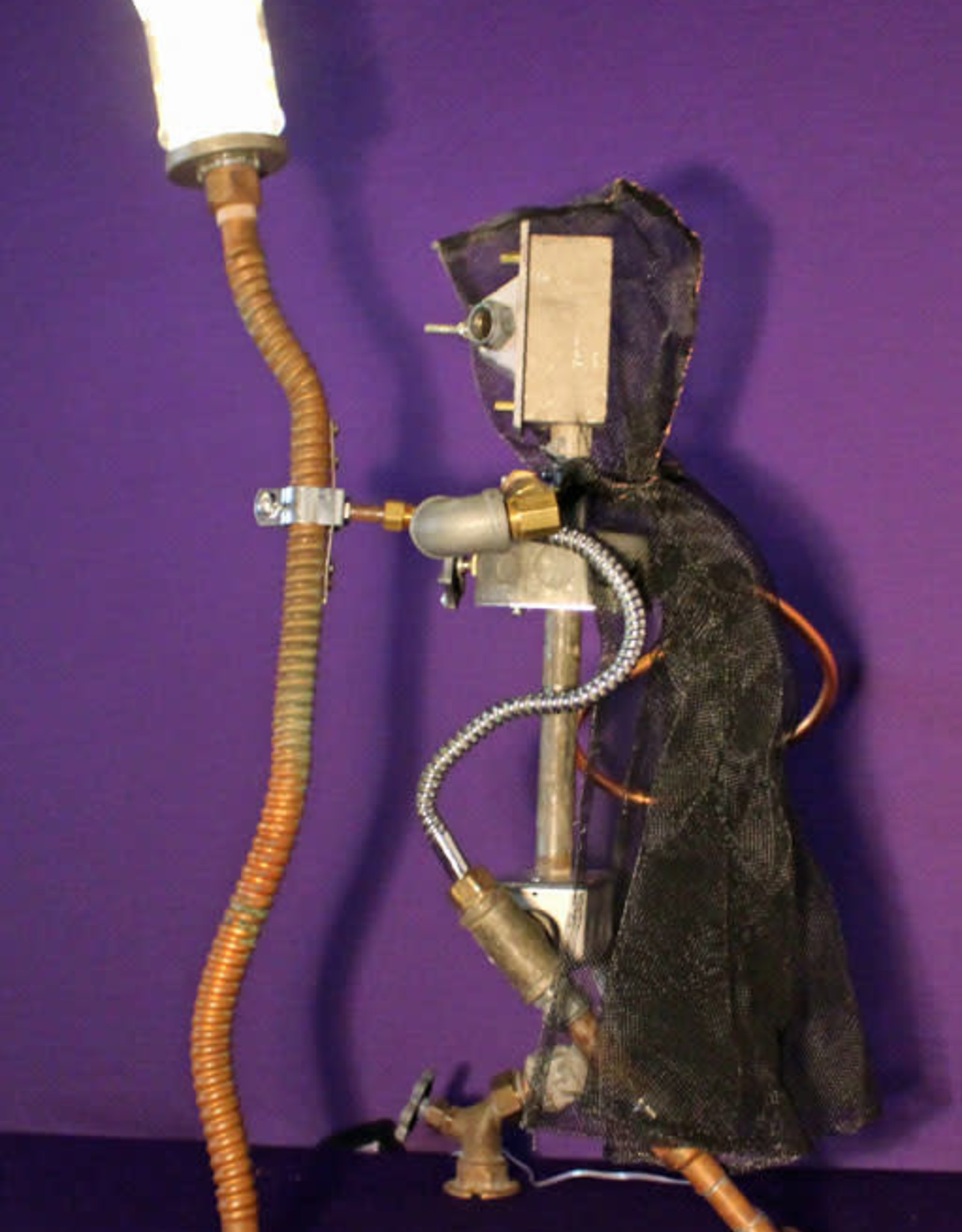 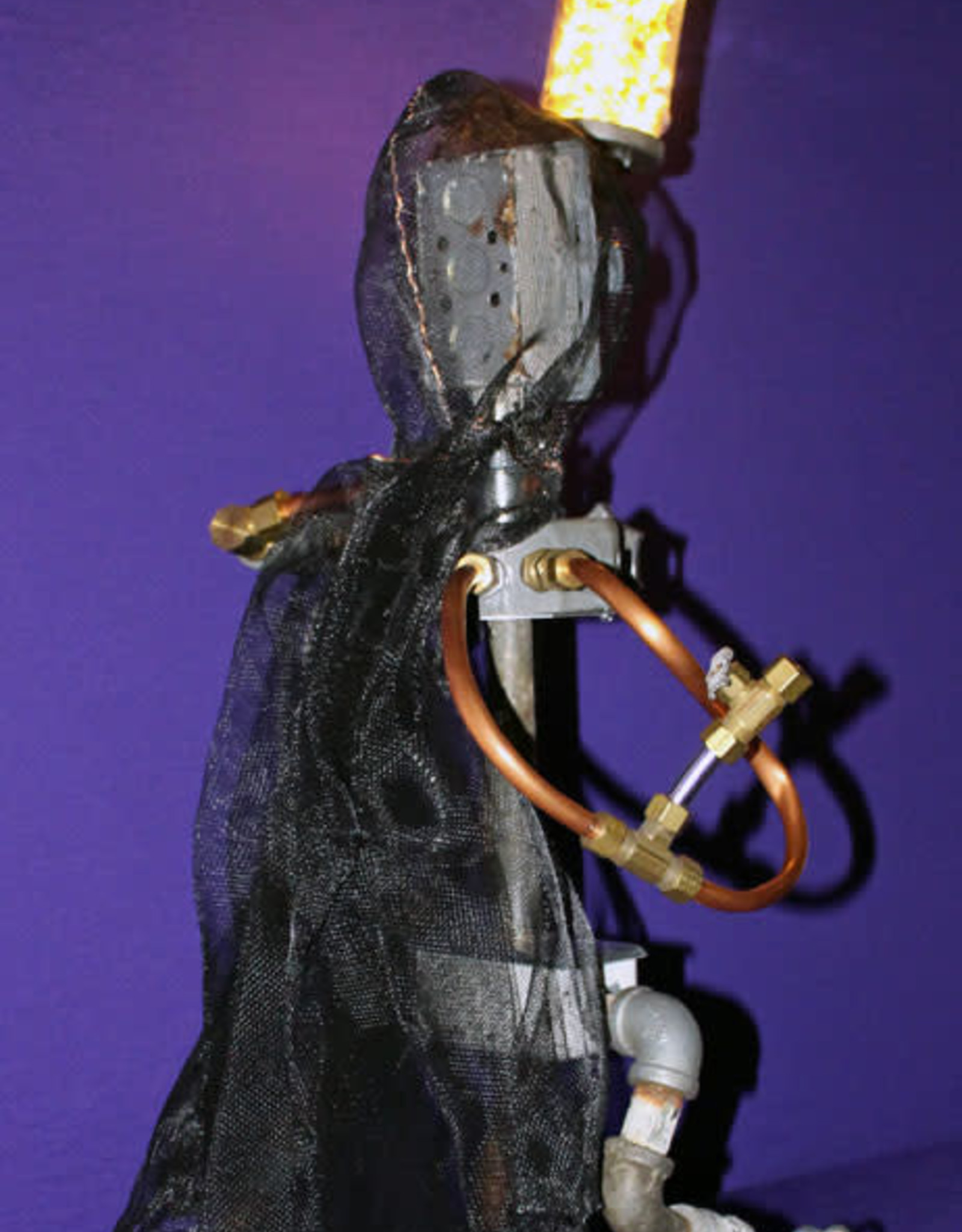 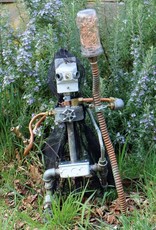 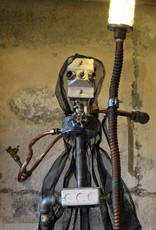 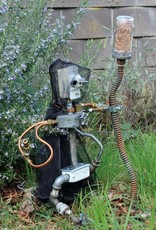 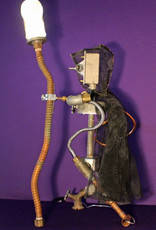 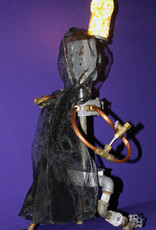 +This WIZARD is from a society of living metal Beings

"A Wizard" is formed of LEDs and reclaimed steel, copper, brass, aluminum, & glass. This Wizard is a little over 13" wide and 12" deep. It's staff is just under 29" tall.

1 A strong desire to know or learn something.

‘And I am consumed by curiosity and a desire to know what on earth this cool thing is going to be like.’

2 An unusual or interesting object or fact.

‘But at some point, you can not only observe these curiosities and understand them, but you can control them.’

Curiosity is a powerful thing and Wizards have learned to harness it for their own ends.

In their youth, Wizards and their curiosities are flighty and fickle. Without the wisdom of experience or training, young Wizards cease to be in depressingly high numbers.

A more mature Wizard is focused, determined, unshakable. Mature wizards are tireless in their pursuit of curiosity's power. They have learned to survive while peeling back the surface of the great mysteries. What could we learn from their curiosities?

An old wizard's curiosity can be terrifying to contemplate. Some secrets shouldn't be questioned. Sometimes curiosity can corrupt. Most Beings give an old Wizard a wide berth. Who knows what they may do with the knowledge their curiosity has revealed.

Existing only as rumor, ancient Wizards would have contemplated the unthinkable. Could we understand what curiosity's power has warped them into? What horrors has their curiosity revealed? Where has it led them? What would they do with it?