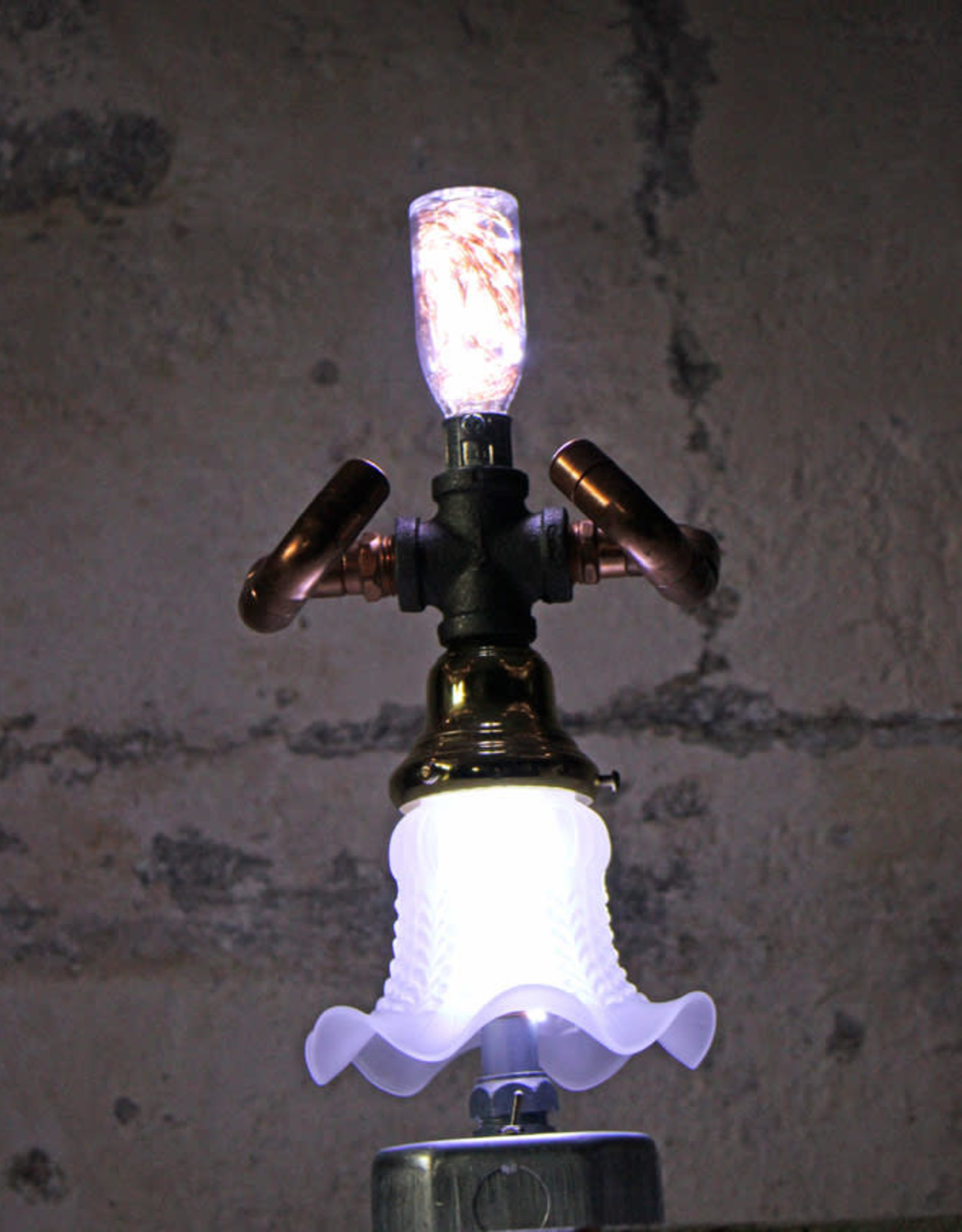 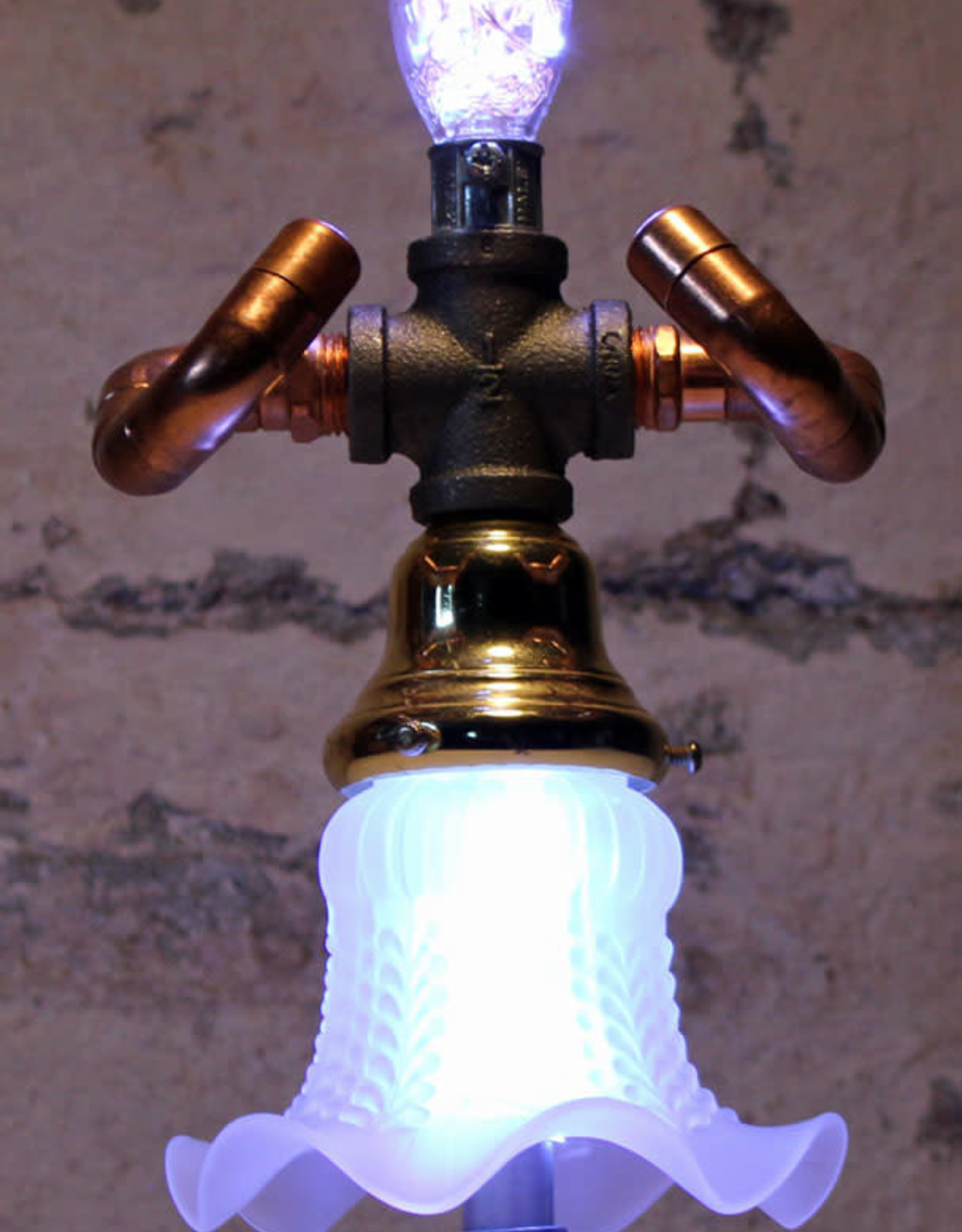 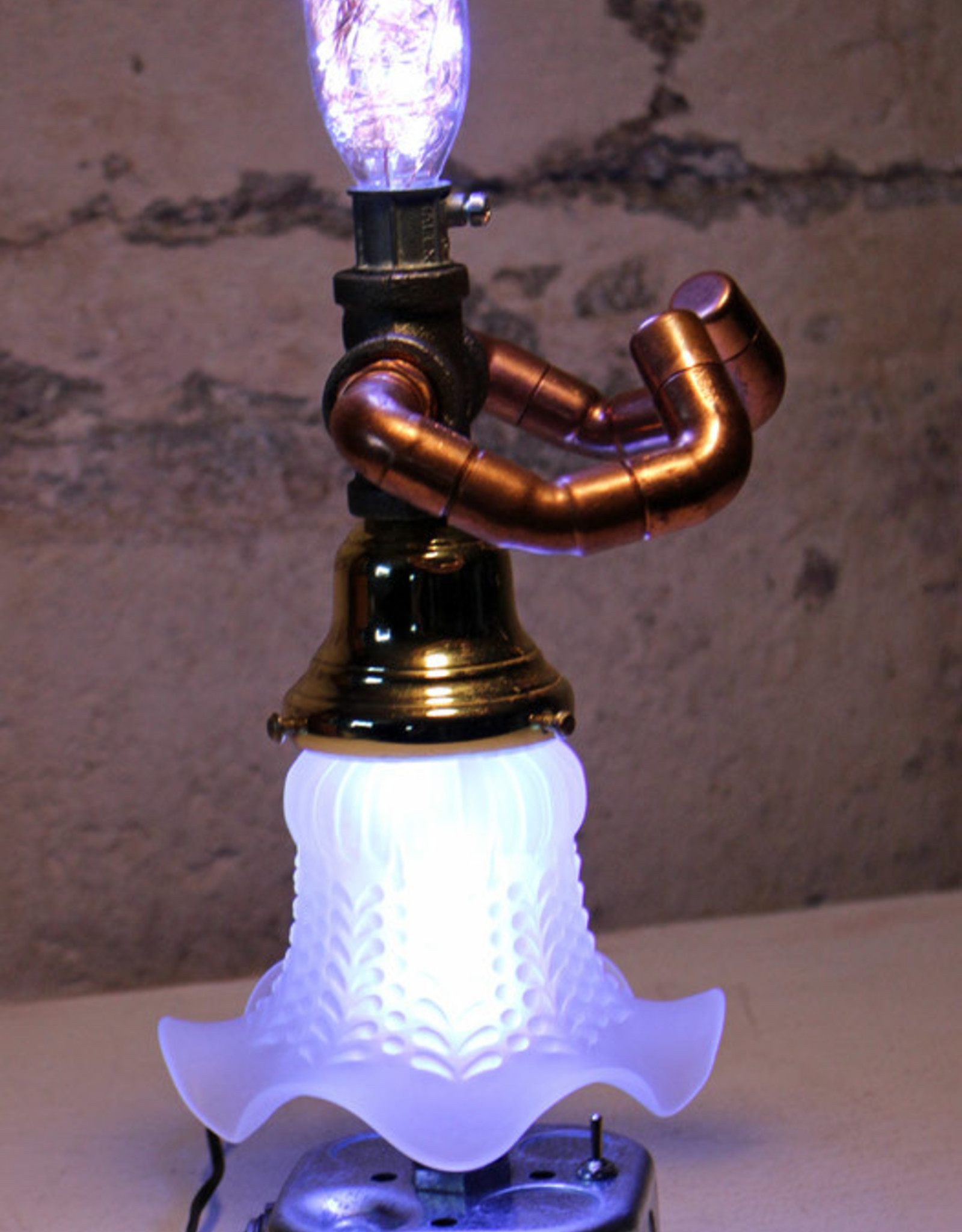 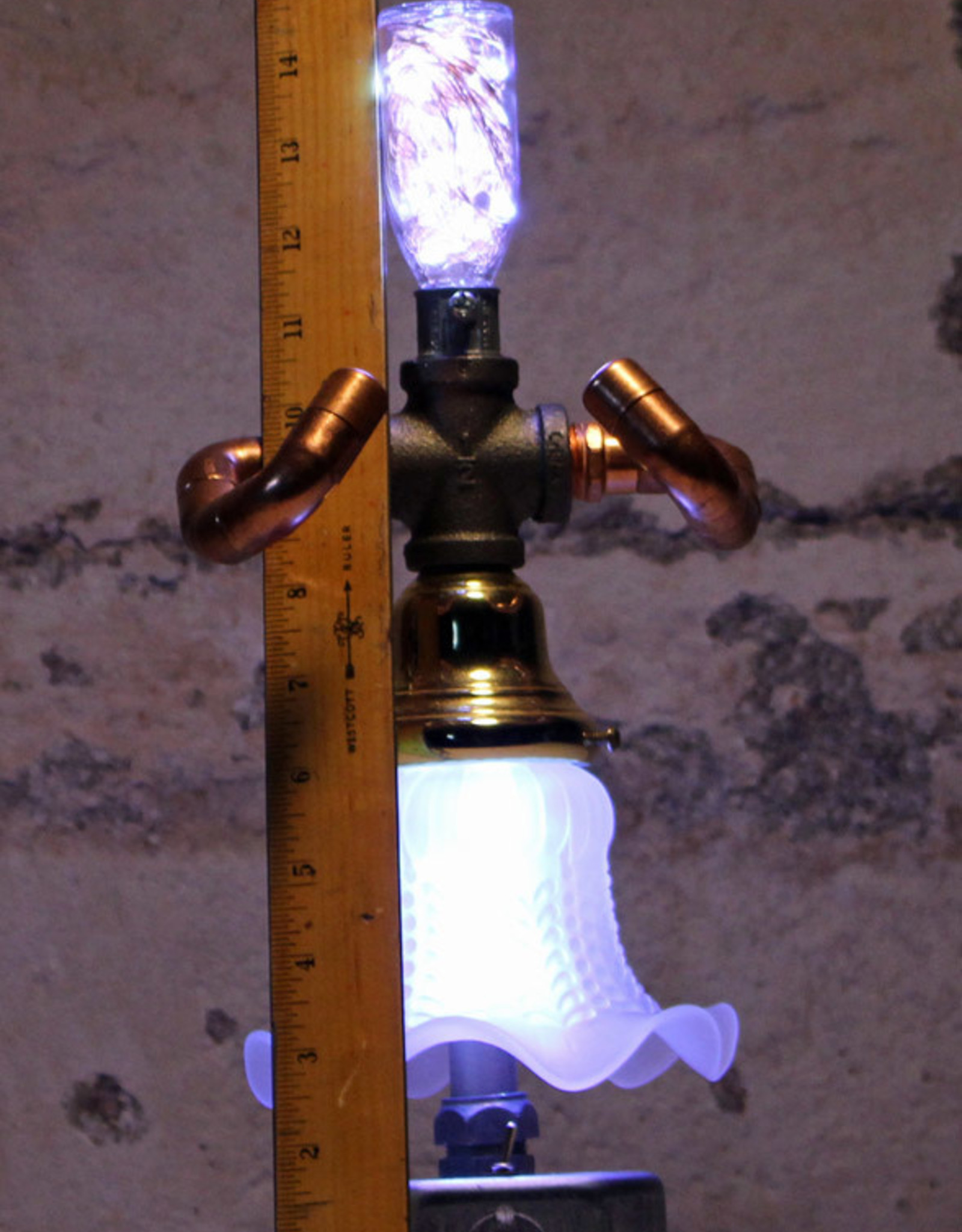 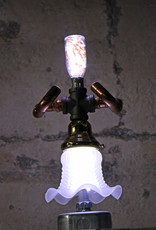 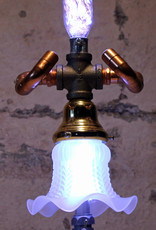 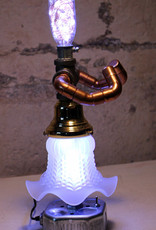 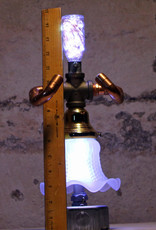 "Bell of the Ball- Cool White #1" is made from copper, glass, steel and LEDsThis "Bell" is 6.5" wide , 6" deep. and just about 14.5" tall.Notes on the creatures called BEINGS:+This creature is from a society of living metal Beings+Older Beings create new Beings. The creator Being is called a "fitter"+"Fitters" use one of their own parts to start a new Being+New/shiny parts mixed into the worn/aged/corroded parts indicate a being who has built others. OR a being who flirts with danger.+A Beings "first fitting" (IE It's first part) is their most prized possession.+Young Beings have less corrosion/wear/patina. IE shinny Beings are babies"Bells of the Ball"Dance like Nobody is WatchingBell's of the Ball are beloved for their beauty and grace, but simultaneously scorned for their frivolity and mindless destruction.Bells will often arrange themselves into groups reminiscent of a covey of small birds. Numerous theories exist to explain why a Bell is attracted to and welcomed within particular coveys. Some Bells join a covey directly upon creation, but most will find their group after searching. Occasional Bells wander alone or find a patron to settle with.Coveys wend their way through creation, floating, flocking, dipping and swaying their way from one place to the next. Often their courses will bring them in contact with other beings and communities. Welcomed by some and considered a nuisance by others, Bells don't seem to notice the interpolation.Coveys of Bells periodically swarm to a location where hundreds and thousands of Coveys coalesce and dance together to an internal rhythm. Within a swarm, Coveys will merge intermingle, break apart and reform with dizzying speed and chaotic intent. All speculations of why, when and how Bells interact are proven false in the heart of a swarm. Bell's who have never been outside their Covey will dance alone in counterpoint to the incomprehensible twitching, twisting and swaying of their sisters. Other Bells form flocks with hundreds and thousands of other Bells- Individually incomprehensible, but clearly tied by intent to the foaming flowing swarm.No one has determined what attracts these swarms. Sometimes a swarm will intermingle with the great gatherings of other Beings- sowing delight or discord depending on the Being's proclivities. Other swarms will happen in the bleakest outposts beyond all recognizable landmarks, only noted by the results of their frolics.Eventually a swarm will dissipate and break apart. Covey's reform and drift away- usually with new members. Many Bell's do not survive a swarm. Those who burned brightest at the peak of activity are often the most susceptible. Slowing, dimming, and fading; their motions will drag and their light will fade, until all that is left is the shell...and a memory of motion.