Resistere- Amber #1 /Cool To Me 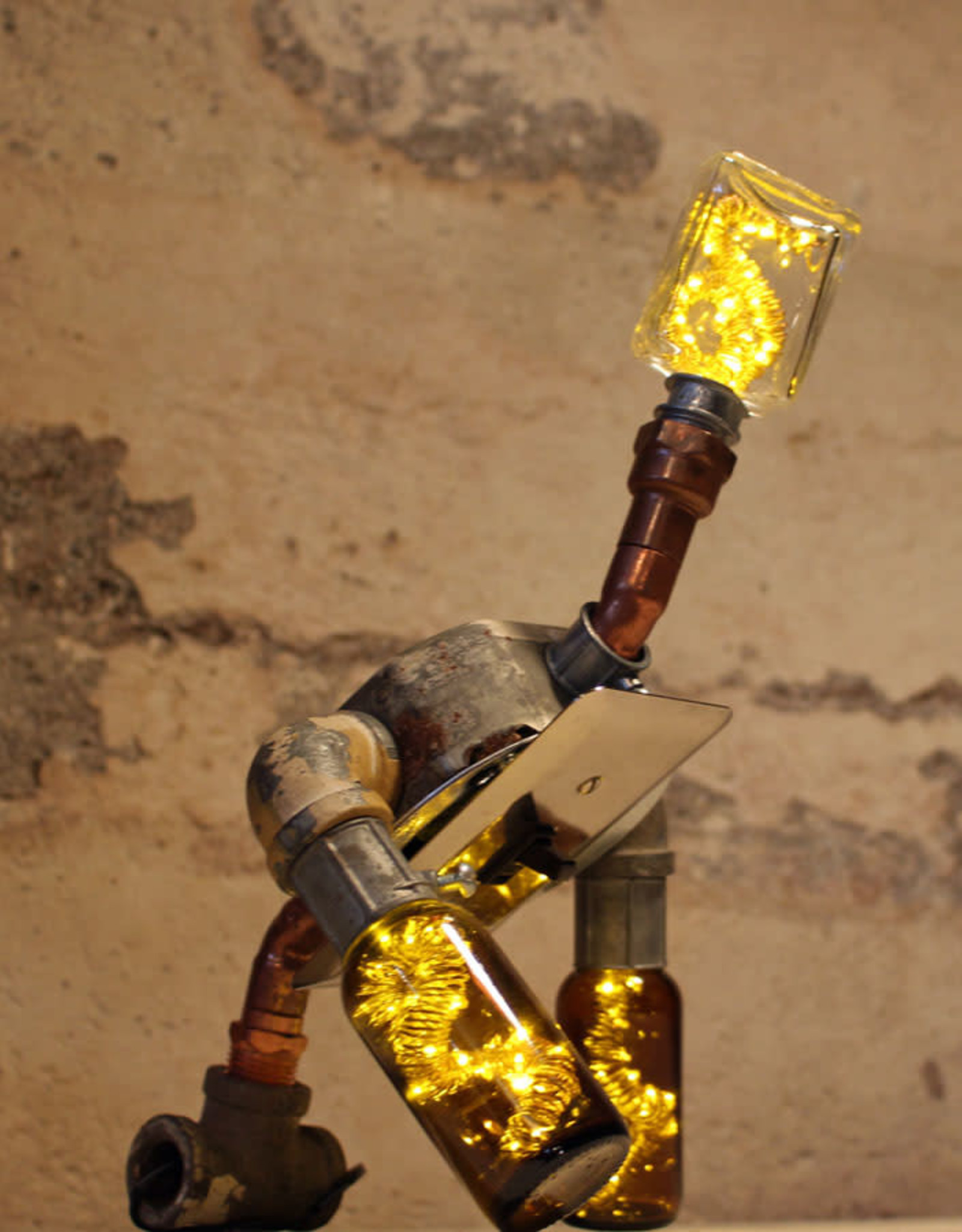 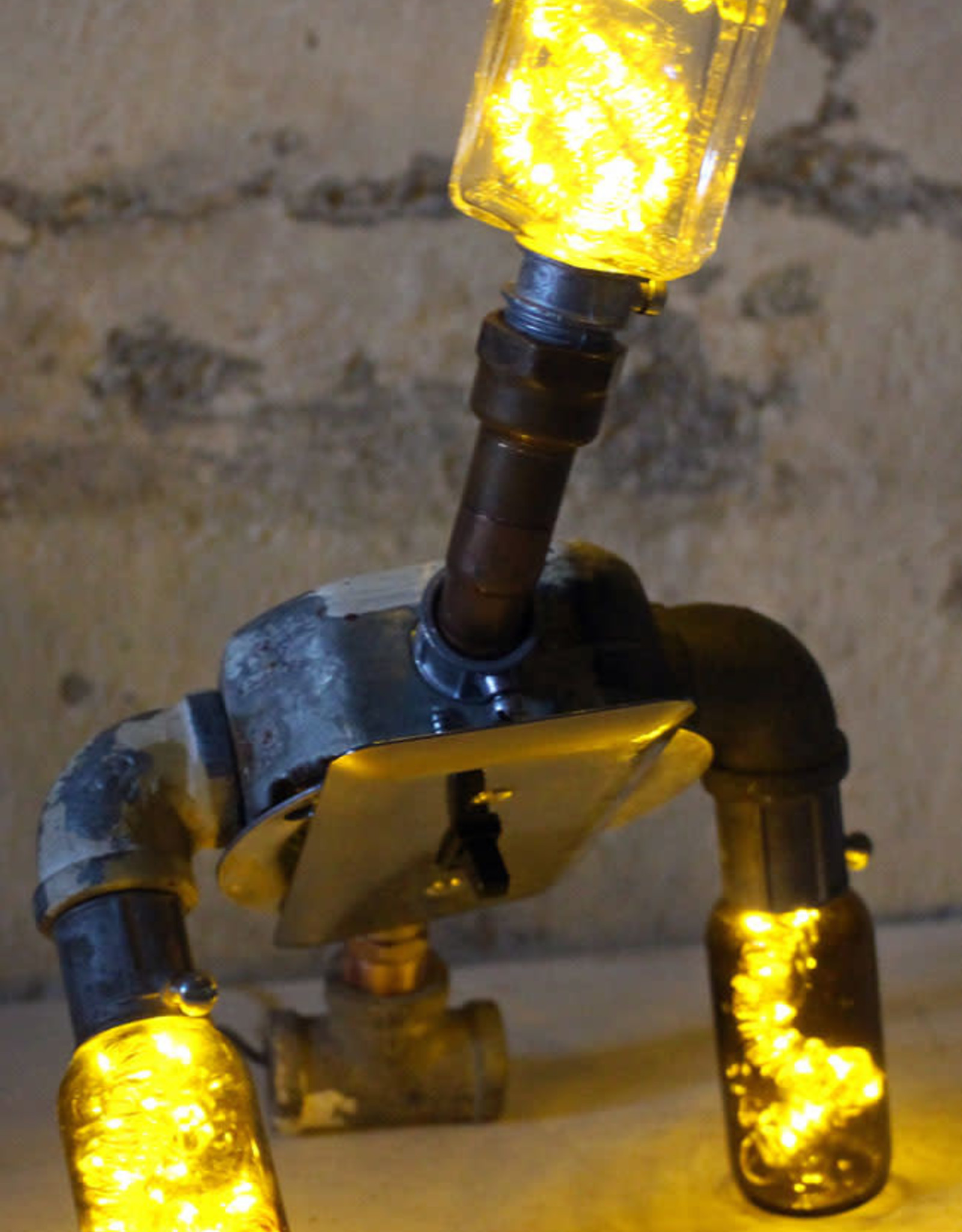 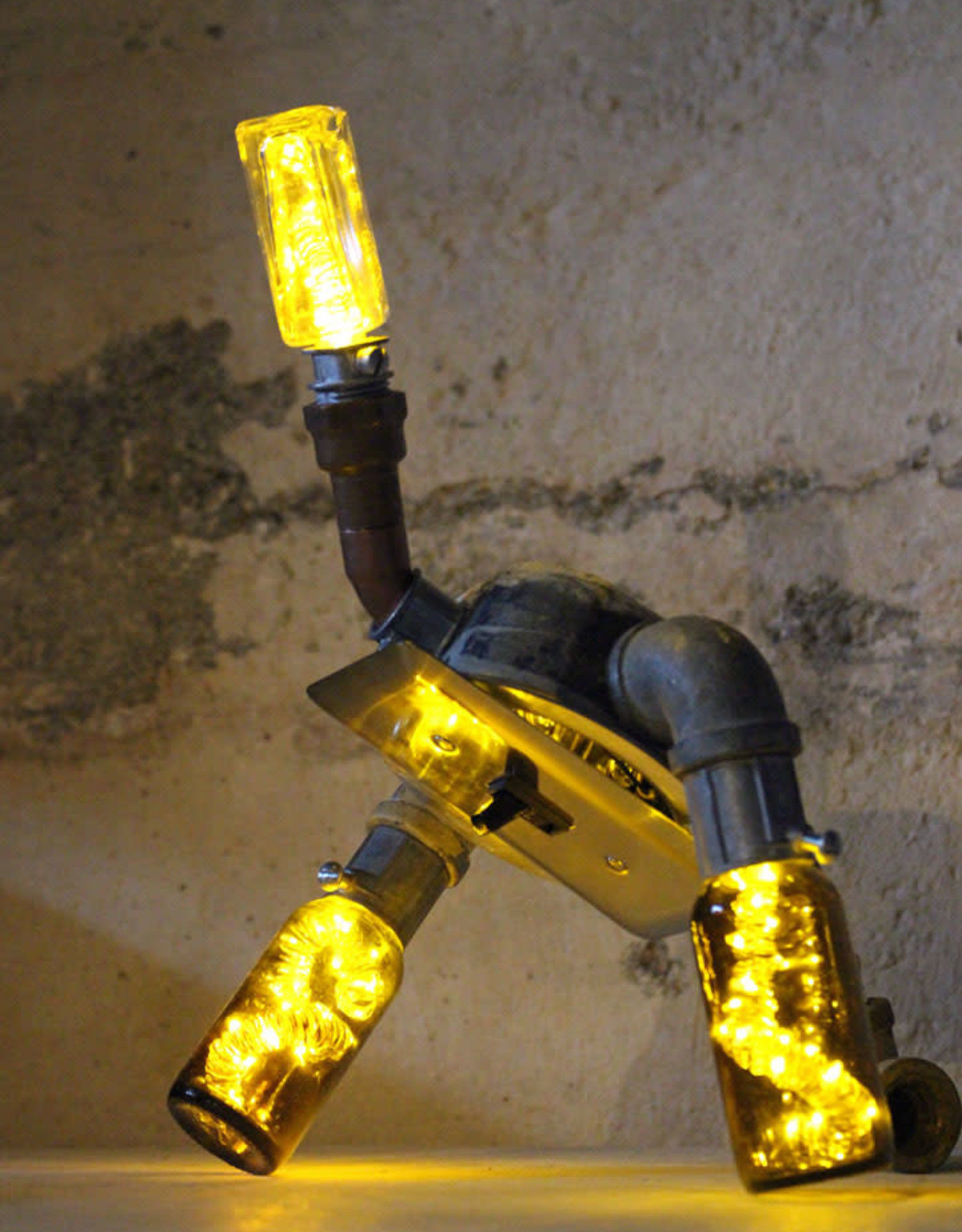 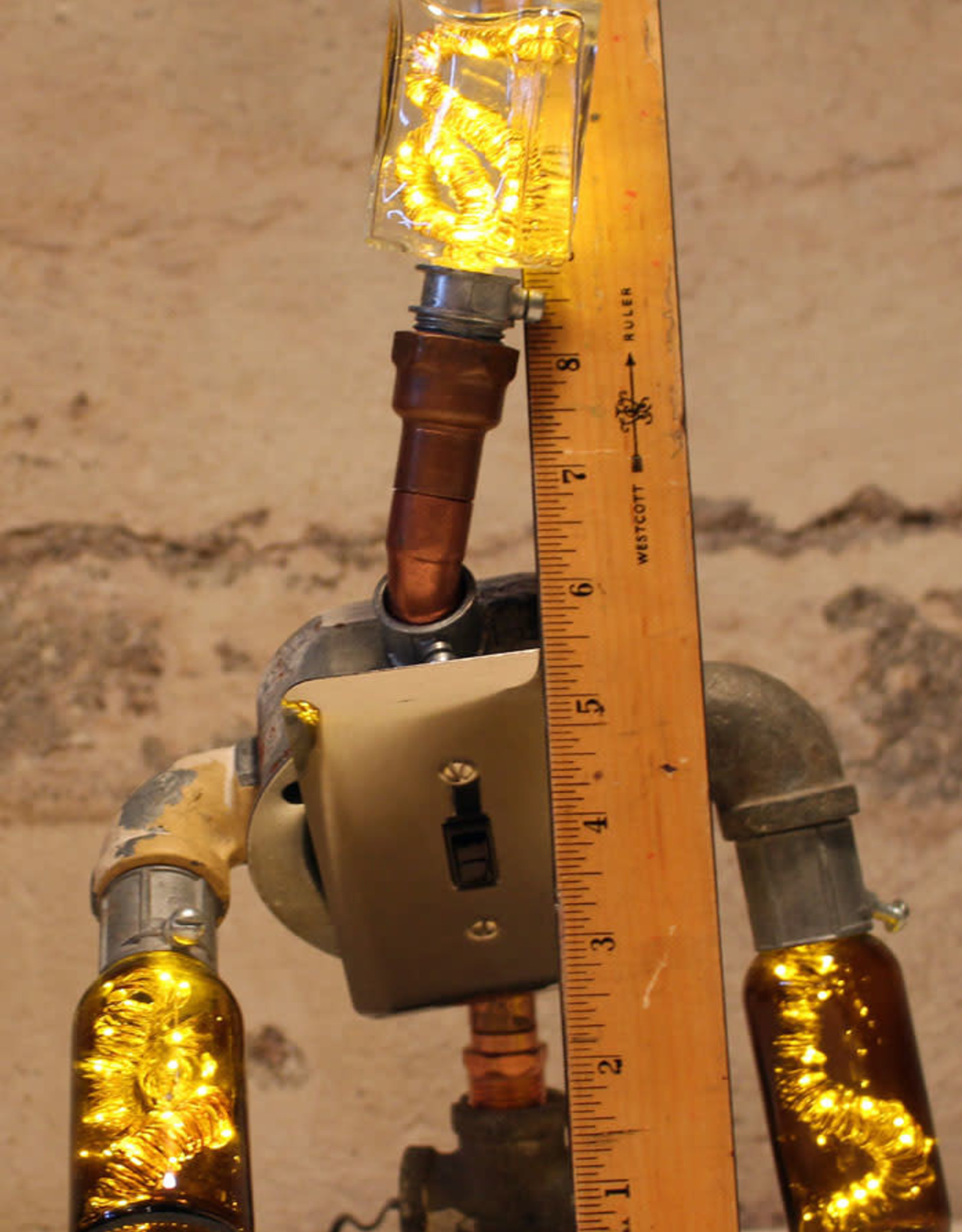 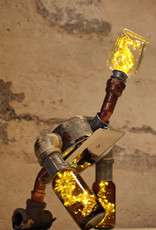 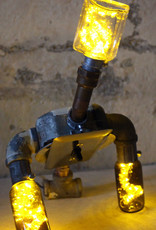 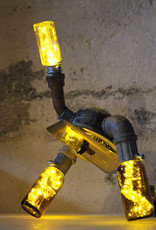 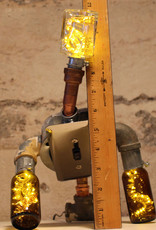 Notes on the creatures called BEINGS:+This creature is from a society of living metal Beings+Older Beings create new Beings. The creator Being is called a "fitter"+"Fitters" use one of their own parts to start a new Being+New/shiny parts mixed into the worn/aged/corroded parts indicate a being who has built others. OR a being who flirts with danger.+A Beings "first fitting" (IE It's first part) is their most prized possession.+Young Beings have less corrosion/wear/patina. IE shinny Beings are babiesfrom the Latin: resistere, resisto, restiti, -verb1. continue2. make a stand3. pause4. reply5. resist, oppose6. withstand, stand (DAT)Latin Dictionary & Grammar Resources <https://latin-dictionary.net>Resisteres are seen as protectors by some and intrusive busybodies by others. Some treat them with fear. Others treat them with reverence. Only fools ignore them.When observed singly, Resisteres appear almost comical. They are oblivious their environs, moving in odd gaits and patterns, as though hallucinating obstacles and interactions. But, if one Resistere is humorous, a group is cause for concern or anticipation.

Within a group's sphere of influence, abrupt changes in others' conversations, decisions, motions, and actions abound. Queried later: those impacted were oblivious to the changes in their behaviors. When informed, some were fearful: “How did I change? What did they do to me?” But most were sanguine: “The Resisteres have their reasons.”

At a later time, I was told tales of momentous events presaged by Great Gatherings of Resisteres. Thousands of Resisteres, gathered across the whole of society to focus on a single topic. Their historical records are littered with the results of these gatherings: large conflicts abruptly resolved, empires toppled, societal norms shifted to new courses.

Occasionally, the Resisteres will ask another Being to study with them and learn their methods. This is seen as both an enormous honor and a terrible curse. The Resisters only ask the most worthy to be pupils, but the price to the student is high. They can never unlearn what the Resisteres teach or cease the vigilance those lessons demand.